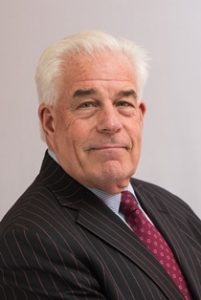 PATRICK D. QUINN  received his B.A. from the University of Michigan in 1972 in Political Science. Pat then went onto graduate from Cleveland Marshall College of Law in 1976. Mr Quinn was admitted to the Ohio bar 1976, and then the U.S. District Court, Northern District of Ohio in 1980. He has also been admitted to practice law in the U.S. Supreme Court 1997.

Mr. Quinn obtained his Executive MBA at Notre Dame University in South Bend, Indiana. He has been successful in recovering substantial compensation for his clients and focuses his practice on civil litigation in medical malpractice and serious personal injury. He is a member of the American Trial Lawyers Association, Ohio State Bar Association, and Lake County Bar Association.

Mr. Quinn has actually been active in the defense of Ohio OVI / DUI cases on behalf of those arrested and charged with driving under the influence for over 33 years. Throughout his practice of law he has represented over one thousand five hundred individuals charged with drunk driving in all of the phases of their total defense which includes arguing Motions to Suppress, filing Motions for Discovery and Inspection, Bills of Particulars, Exculpating Information, Motions to Dismiss and jury trials.

Mr. Quinn  is the founder of Quinn Legal Associates, Inc. He has developed the skills as a trial attorney litigating cases in state and federal courts.

Pat also attended the National Institute of Trial Advocacy in 1991 and has been engaged in a very active trial practice since 1976.

Mr. Quinn has extensive experience in arguing Motions to Suppress based upon lack of probable cause to stop an offender, improper administration of field sobriety tests, failure to adhere to the National Highway Safety Standards.

Mr. Quinn has represented many felony DUI clients. He is very familiar with the AA program. He is also a board member of a treatment facility for alcohol and drug addiction.

If you have any questions or concerns regarding criminal charges for driving while under the influence of alcohol please contact Mr. Quinn. At Quinn Legal Associates, INC we offer a free consultation, reasonable fees and payment plans available.

EXCELLENT Based on 281 reviews.

robert fiktus
He did a great job, if you're in trouble use Mr Quinn.

Tyler Lukans
Pat answered very quickly anytime I needed him throughout the process. There is no one that will take care of you like pat, he was very caring and took my case personal . There wasn’t one moment I was worried, he informed me of anything I needed to know and prepared me the best I could be. I highly recommend pats services to anyone in need of help during a bad time in your life.

Jason Forster
Pat Quinn and his amazing associates delivered on a level unlike any other! Got my sentence dramatically decreased. I wouldn't hesitate to use them again (even though I will never have to) however, I will 100% recommend them to any and everybody in a dui situation! Thanks again!

Samuel Scarnati
Easy to contact & quick to respond. Came to my house on a Sunday morning to discuss my case. Got my first offense reduced to license points and a Drug & Alcohol education course. Very personable and disarming, clearly has a great deal of experience. Would recommend.

Dave Porter
Patrick makes you feel like he has known you for years and brings a calm to you that gives you the confidence that everything is going to be ok. Patrick works hard and looks into every possible outlet to get you the best possible result. I wouldn't look to anyone else and would refer him to anyone that is in this situation. Patrick is the best at what he does and and is very thorough and professional.

Jason D
Finding myself in this situation for the first time was devastating in so many ways. I had no idea where to turn for help. After a brief association with another firm, I choose not to name, I was beyond fortunate to retain Mr. Pat Quinn. I am a CDL holder and my licence is my livelihood, being my chief concern, Mr. Quinn explained exactly the process we would follow. I was able to retain my CDL while my case was pending. Once my case was adjudicated, to complete satisfaction, I received a fine, I brought $700 in cash and had planned to write a check for the balance, if course they did not accept checks. Mr Pat Quinn, without hesitation, pulled out his own credit card and paid the balance. I reimbursed him immediately with said check. I ask you, how many of your lawyers would do that? In closing, make no mistake, this is the premier " dui guy" and I encourage you to avail yourself of his considerable talents, influence, and professionalism. Thanks again Pat.

Sean Murphy
Mr. Quinn absolutely did everything he possibly could for my possession and theft cases. Just like his website states that if left in the hands of a terrible public defender or no representation at all, I’m almost sure I would gotten jail time. Absolutely grateful for him and his team. I myself had to put in work of my own to fix my wrongs, without that, none of this would have been possible. Thank you

Nick R
After I had contacted Pat Quinn, he got back to me quickly and we had discussed my case when we had met up at my home on the same day. He is very professional and knowledgeable about the law and how it applies to DUIs, etc. He got my DUI reduced with no points and had successfully got an ALS (Automatic License Suspension) charge dismissed.He made himself available to answer any of my questions or concerns. I highly recommended Pat and his team!

Angela Tiscenko
When I contacted Patrick Quinn, he got back to me within an hour. We discussed my case and met up within days. He was very professional and thorough about what was going to happen. I was very nervous, yet he made it so easy. He got my second ovi reduced with absolutely no points, as well as other charges dismissed. If you are in need of a lawyer, he is THE guy! Highly recommended!!