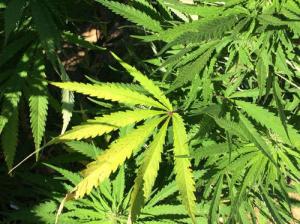 Binge drinking throughout the U. S. has reached an all-time record. Nevertheless, a new study from the investment firm Cowen & Company suggests that this kind of alcoholic behavior is actually declining in states that have made cannabis legal in the same manner as alcohol.

The Centers for Disease Control and Prevention (CDC) discovered that People in America drank over Seventeen billion alcohol-based drinks in 2015. Binge drinking by definition is where 5 or more alcoholic beverages for the average man, and 4 or more for the average woman are consumed within a period of about 2 hours. 37 million men and women participate in this type of activity one or more times per week, the report confirms.

Cowen the investment analysts firm published a information a couple years ago that offers a little hope for an America headed for cirrhosis of the liver outbreak. It would appear that excessive binge drinking may be on the decline in the states that have legalized cannabis. Particularly, it is those states like Washington and Colorado, some of the first jurisdictions in the U.S. to pass laws which allow marijuana recreational use, where binge drinking has become significantly less.

Most importantly is legalized cannabis use states, where men and women Twenty one and older can head into a dispensary and buy many different marijuana products, were likely to experience considerable less binge drinking than areas of where recreational marijuana use is still prohibited  Americans with lawful access to recreational cannabis tend to be choosing to shell out either all or some of the liquor spending budget on a substance which has been considered a much safer option.